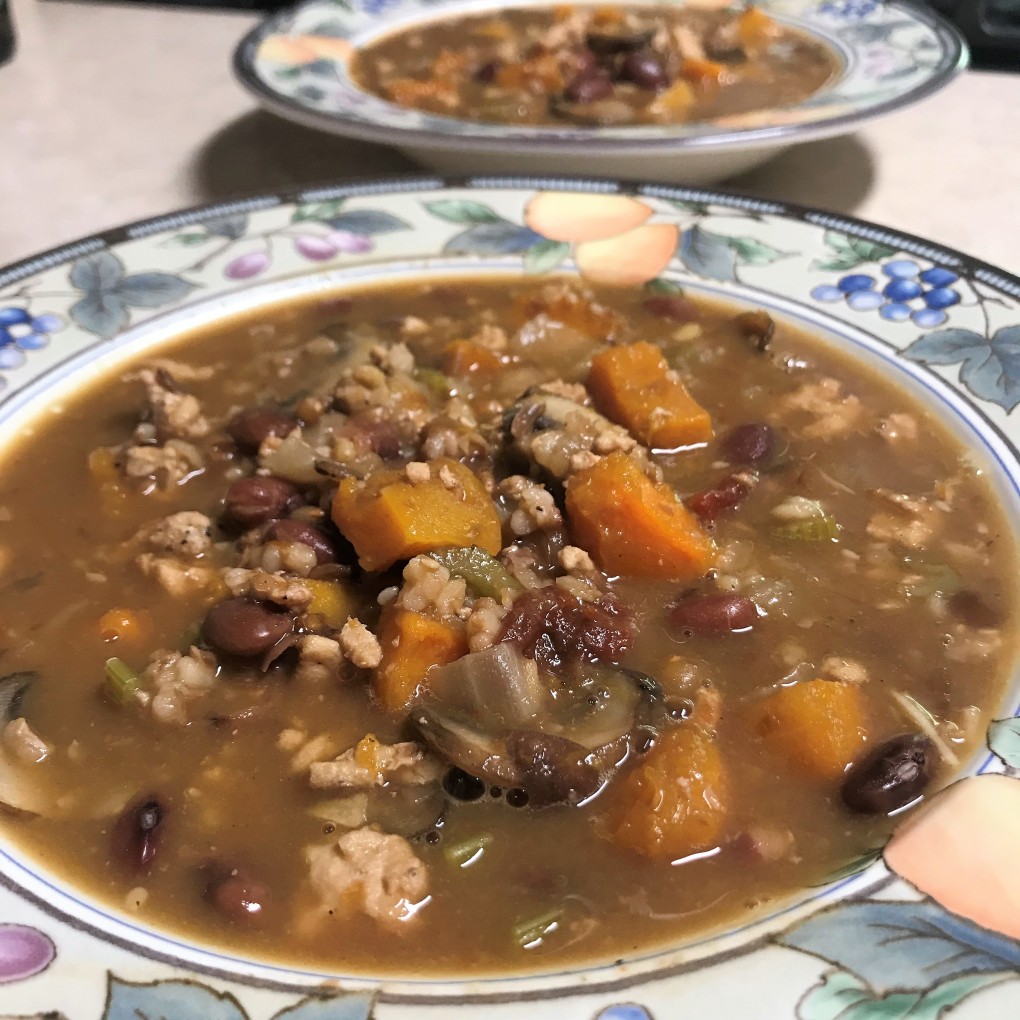 Today is the first official day of autumn, and I’m so ready for it this year. Six months ago, it seemed as if time was standing still, as the pandemic threw us into uncharted territory and isolation with very little warning. The world became so weird, and it felt like the days dragged on. Now, we are in the opposite place—or back to normal, you might say—in that the days are moving very quickly once again. I think it’s because we’ve had little choice but to normalize what is happening around our world, and with the new precautions for safety and distancing becoming second nature, time is getting back on track—at least as much as possible.

My favorite part of fall and “cooler weather” is that I’ll soon unpack all my sweaters and leggings and boots, and I can finally put my kitchen focus on my favorite foods, like this autumn soup. Oh, yum!

Though I’ve paid a lot of attention so far this month to breakfast (it being “better breakfast month” and all), it bears repeating that September is also designated as “whole grains” month and “mushroom” month. I don’t know who decides these things, but I’m happy to play along by offering up one of my own favorite recipes that incorporates both whole grains and mushrooms, and plenty more hearty satisfaction as well.

The main ingredient for this soup is a dried whole grain and beans soup mix from Bob’s Red Mill, and I cannot tell you how excited I am to see it back on their website. I first discovered this product while browsing through Big Lots discount store, and I felt pangs of sadness when it disappeared from store shelves and Bob’s website a year or so ago. But it’s back online, and I just hit the “buy it” button for two more packages. I love this wholesome blend because it has so much going on in terms of flavor and nutrition. Check out the ingredients list: small red beans, pinto beans, lentils, whole oat groats, brown rice, triticale berries, rye berries, hard red wheat, pearl barley, Kamut Khorasan wheat, buckwheat groats and sesame seeds. That’s a whole lot of hearty going on! It’s simple to cook, with a quick rinse and then bring to a boil and simmer with broth or water. It would be delicious and satisfying on its own, but for my “welcome autumn” soup, I’ve added browned ground turkey, onions, garlic, roasted butternut squash, mushrooms and vegetable broth. It all cooks up into the heartiest autumn weather dinner in a bowl.

It would be so, so easy to make this dish vegan, too. Simply omit the turkey and use vegetable broth and bouillon. You’d never miss the meat.

The comforting nature of this soup is exactly the right way to usher in my very favorite season. You might even say it’s a Sunday Supper kind of meal, given that it builds flavor over a few hours and has a good many ingredients (though all are simple). I make this soup on the stove top, but the recipe is perfectly adaptable to a slow cooker. Begin with cooking the grains and beans on low setting for a few hours, then add the other cooked ingredients and simmer on low another hour or two. However you make it , the leftovers will leave you as satisfied as the original bowlful, and if you happen to have some crusty dinner rolls or baguette slices on the side—well, even better. This recipe will make approximately 8 servings.

Broths are not all created equal, and my recommendation is to be attentive to the sodium content in the broth you choose. Some brands labeled “low-sodium” contain around 570 mg per serving, and others are only around 120 mg. As a rule, I select the lowest sodium broths, as it gives me more control over the final outcome of a recipe. You can always add salt, but you cannot take it away. For this soup, I used vegetable broth, and added richness with the chicken bouillon base.

Cremini mushrooms are my go-to for most recipes, but white or shiitake mushrooms would also be terrific in this recipe.

The bouillon is optional, but I love the extra richness it adds to this soup. I use the Better than Bouillon brand, but it isn’t always easy to find in “reduced sodium” version. I’m thankful that Costco carries it, but you can also buy it online or use another bouillon base. Again, noting the sodium content will help you achieve good results.