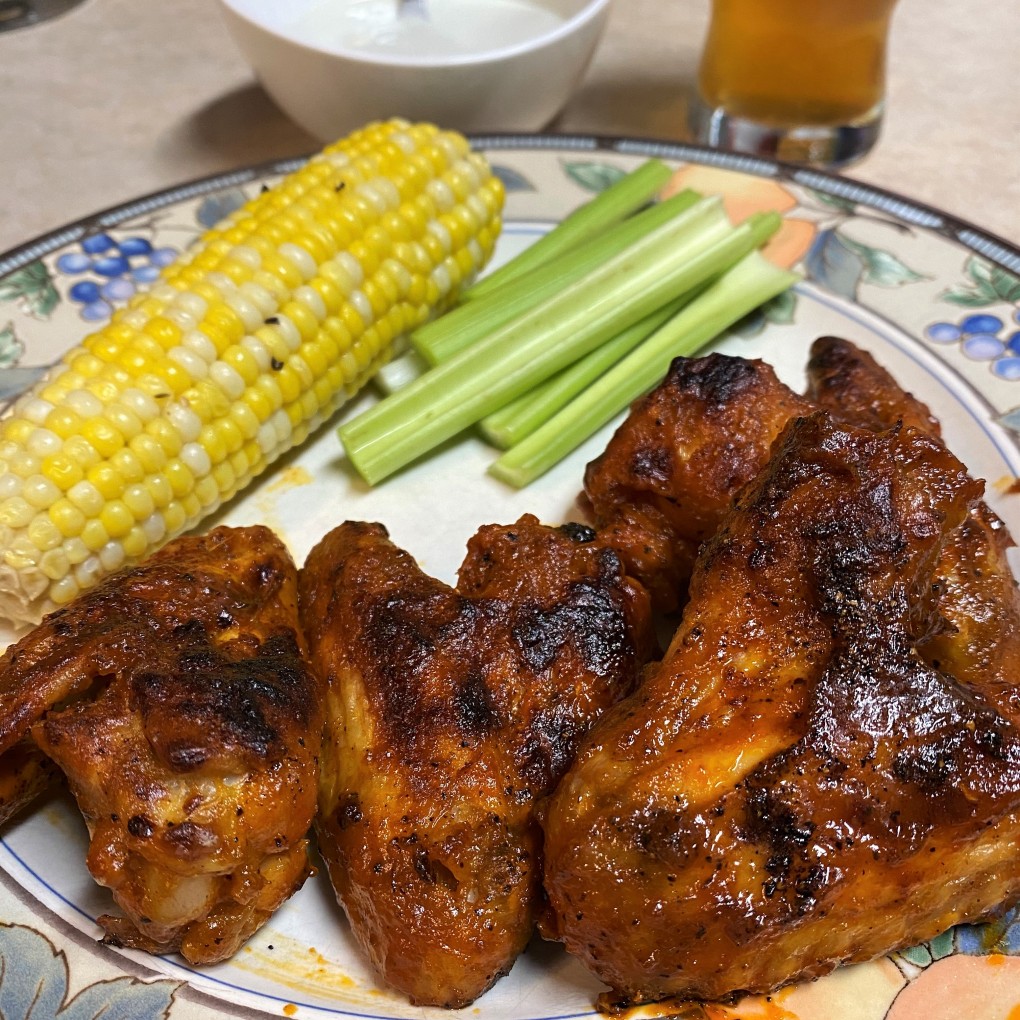 It was circa 1977. I was just a kid in a small town south of Buffalo, New York, and I still remember my first bite of the mouthwatering spicy hot chicken wings my Uncle Mike made for me. Mike worked with nightclub sound and lighting systems during those days, which was a big freaking deal, given that we were hanging onto the tail end of the disco era. For his work, Mike traveled into the larger cities where the clubs were, and after an installation at a club in Buffalo, he brought home with him the recipe for these delectably crispy, tangy-hot treats.

And oh my God, did I love them! Clearly, I was not alone.

It didn’t take long for “Buffalo wings” to catch on across upstate New York, and eventually the entire country. Today, though restaurants everywhere have imagined new and unusual sauces for wings, I will forever favor the original flavor of Frank’s RedHot sauce with a side of celery and chunky bleu cheese dressing. Oh, and I can never, ever get behind the idea of breading them—not in flour or batter or crumbs or whatever, though plenty of sites suggest the original 1964 Anchor Bar recipe had them coated in flour and oven-roasted. That sounds suspicious to me, given that I’ve enjoyed them deep-fried for decades. The wings should be crispy, as they were on that hot summer night in ’77, and they should make my eyes water just from the smell of them. Just give me what I want.

The only problem I have with Buffalo wings today is the whole deep-frying thing. I enjoy them, but I can’t indulge in them very often if I want to stay healthy. A few years ago, however, I came across a new technique for preparing wings that promised the same crispy exterior and juicy interior, but without deep frying or any amount of oil at all. Pinch me, I thought; I must be dreaming. And then I tried this simple little hack and it was as if angels were singing inside my head.

Friends, the non-fried wings are 100% as delicious as the crispy deep-fried Buffalo wings I tasted back in the day, and you don’t need an air fryer or any other special gadgets to make them. The big thanks goes to Alton Brown of Food Network. His technique involves steaming the wings to render some of the fat, and then oven roasting them to perfection before tossing them in your favorite sauce. I’ve named these “Just South of Buffalo Wings” because that’s where I’m from, and also because I’ve added a generous blast of black pepper to the traditional Frank’s RedHot sauce, and a little bit of brown sugar to balance that bite.

Serve these with fresh celery sticks and some homemade chunky bleu cheese dressing. And a cold beer, duh.

For best results, use fresh (never frozen) wings for this recipe. If they are already split into drummettes and flat pieces, that’s fine. But it’s also OK if they are still whole pieces. I’ve done them both ways, and the only adjustment you may need to make is a bit more roasting time on the whole ones.

There are many newer versions of Frank’s RedHot sauce available today. Get the one that is labeled as the “original.”

Coconut aminos provide some depth of savory flavor to this sauce. It’s a dark-colored, liquid sauce, similar to soy sauce but sweeter and lower in sodium. It is made from the fermented sap of coconut trees, but doesn’t taste at all like coconut. You can find them in the same aisle, or substitute in this recipe with half as much lite soy sauce.

I’ll walk you through it with pictures, or you can keep scrolling for more detailed description. There’s also a downloadable version you can print for your recipe files. Begin by setting a steam basket over a pot of gently boiling water.

Want to print this recipe? 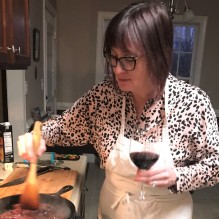 The latest things on my plate and my mind