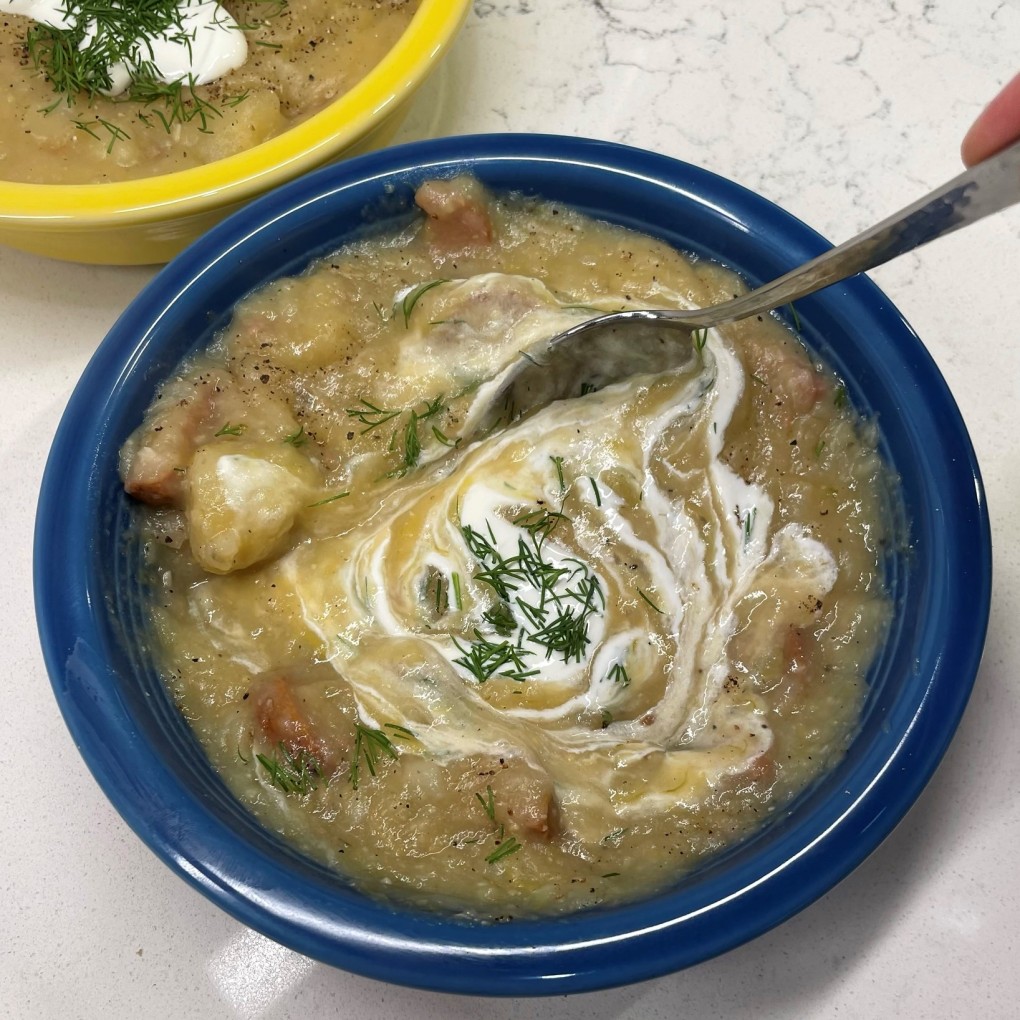 Like many of you, I have been filled with agony over Russia’s violent aggression against Ukraine, disgusted by the flippant and cavalier attitudes presented by deniers and Putin sympathizers, and worried that there is little I can do to make a tangible difference in the lives of the Ukrainian people. And yet I feel a kinship with them and want to do something, anything, to show my support.

One of the primary reasons I started Comfort du Jour was to build community with others who, like me, feel deeply connected to the world through food. It is the most universal need of humanity, yet very personal because of the customs and traditions woven into our individual and collective heritage.

Last week, a message from Sam Sifton, the founding editor of New York Times Cooking, arrived in my email inbox and it confirmed that I am not alone in this desire to use food to demonstrate solidarity. Sifton described being inundated with reader requests for recipes for borscht, a traditional sour soup that is common across all of Eastern Europe, most notably with Ukraine. I could not resist digging into the variety of recipes he offered in response to his readers, and this one in particular caught my eye.

Most borscht recipes are based on red beets, and though I adore their earthy flavor, my husband (whose Hungarian mother used to make beet borscht for herself) does not. This version, named “white borscht” by chef and author Gabrielle Hamilton, features potatoes and kielbasa, and seemed more in line with my husband’s palate. The original recipe suggests using real pork kielbasa, but I have substituted a lower fat turkey kielbasa. I also cut the butter amount in half and stirred in a little sour cream at the end rather than the crème fraiche suggested by the recipe’s author.

As always, my exploration into other cultures’ cuisine has taught me some lessons, and one thing about this soup surprised me. I have long assumed that Eastern European soups are “sour” because of fermentation or added vinegar (and sometimes they are), but this soup is both soured and thickened with a hefty chunk of sourdough bread, which I always happen to have on hand. This method of soaking and pureeing the bread was a genius move by the author, as it gave the soup a sturdy, almost creamy, texture, as well as a distinctive sour flavor. Always more to learn in the world of food, isn’t there?

My only regret is that I cannot make an enormous vessel of this soup to feed and comfort all of Ukraine, but I hope that somehow, sharing this experience will ripple across time and space to ensure the courageous people of that nation that they do not stand alone. 🇺🇦

Note: The original recipe linked above is only available to paid subscribers of New York Times Cooking (which I am), but my adaptation is very close to the original, except for the aforementioned substitutions and the fact that I halved the recipe for our family of two.

About 1 cup chicken or vegetable broth*

Note that real sourdough bread is made from a sourdough starter. Some grocery bakeries take a shortcut that embellishes yeast bread with citric acid, and it is not the same. If you don’t have sourdough bread, consider picking up a loaf from an authentic bakery or use a (seedless) rye. I confess that the sourdough loaf I had on hand was dotted with pumpkin seeds, but after pureeing, this did not have a bad effect on the finished borscht.

The recipe that inspired me did not call for broth, other than the one created by simmering the kielbasa, but in my first-attempt jitters, I accidentally simmered my soup longer than I should have and needed more liquid to keep it from becoming mashed potatoes. It isn’t a bad idea to have some broth at the ready for this purpose. I used a version of vegetable broth called “No-Chicken” broth, and it was perfect for making up the difference in liquid without affecting flavor.