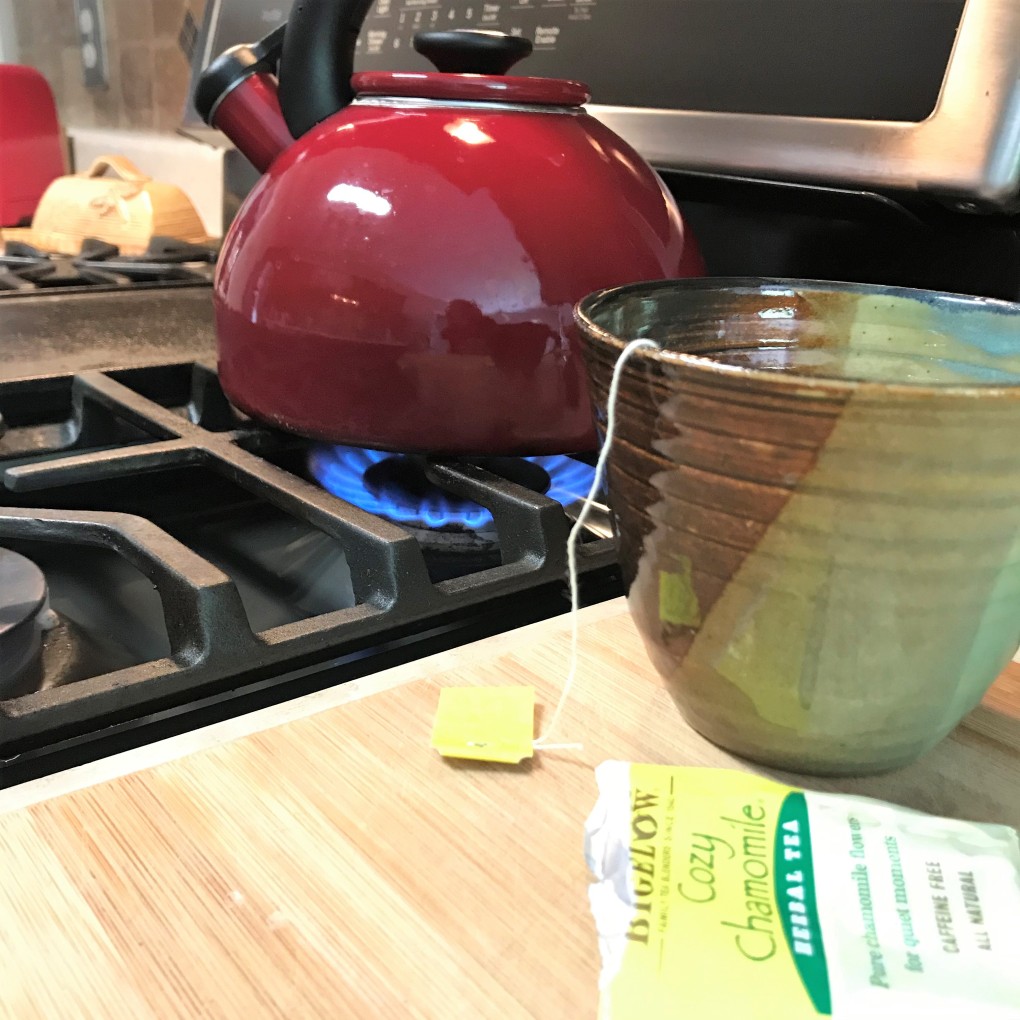 It was a phrase my Gram said all the time, though she wasn’t necessarily referring to her method of stove-top cooking. Rather, she said it any time one of us grandkids had done something well.

And she would clap at the same time—not as if giving applause, but more like slapping her hands with follow-through. She got excited when I succeeded, and that kind of support always meant so much to me. She would have loved this blog, and seeing my stories come to life through recipes.

This is a week of wistful emotion, as it has now been a full year since my grandmother died. It seems ironic, yet somehow very fitting, that when I received the news of her death (at nearly 98), my sadness was tempered by the excitement of a delivery I was expecting—delivery and installation of my new gas range.

I learned to cook on Gram’s gas range, and had come to understand the level of flame needed for searing a piece of meat in a cast-iron skillet, making a roux, simmering a stock or boiling potatoes. It made sense to my young mind that when you turned off the flame, the simmer stopped without hesitation. Gram taught me about safety at the stove, and not getting the pot holder too close to the fire. I knew what the pan should sound like when you crack an egg into it, and I learned how to manage three or four pots at once while making a large meal.

As most serious cooks will attest, once you cook with gas, it’s really, really tough to go back to electric. It’s a learning curve, but in the wrong direction. You can imagine my distress, then, to have only had a few gas cooktops in my adult life. For the most part, I have been stuck with various versions of electric stoves. There was the plugged-in coil kind (terrible, because the coils never sat level), the flat solid burner kind (it always looked clunky and dirty) and the smooth ceramic kind (more tolerable, but still deserving of a thumbs-down, especially when my pans were sliding around).

For all of them, it took forever for the burners to reach anything resembling cooking temperature—and once they did, I always had to spend valuable time fiddling to get the level right for whatever I was cooking. Electric burners work in the same manner as a thermostat—they rise to the prescribed temperature and then they shut off until the temperature is reduced enough to kick it back on. The result?—a ridiculous fluctuation that shatters any chance of a perfect sear, even simmer or properly composed sauce. Simply put, I hate the electric burners.

As harsh as it may sound, the electric range in my husband, Les’s, suburban home was one of many shallow excuses I kept in the back of my mind to delay the growth of our relationship. There were a few other differences that should have been greater concern, but those seemed far more tenable. Les is allergic to cats, but he found a medicine to alleviate the symptoms brought on by my two feline babies. I’m Christian and Les is Jewish, yet we were both open to learning and sharing our traditions in a way that has deepened our beliefs. But what would happen if I fell in love with this guy, and then couldn’t concede to cook in his kitchen? I could handle being interfaith, but an electric range? Oy.

Fatefully, we had some terrific experiences in his kitchen, even with an inferior stove. There was our first Thanksgiving, when he gave me the reins to cook the turkey (you’d have to know him to get how huge this was), then a Super Bowl party and then a July 4 gathering. I was beginning to see myself building a life with this man. Yes, we were “cooking with gas”—well, except that we weren’t. A few weeks later, just two days before my birthday, he proposed. We were in it to win it by that point, and I would have married him if he only had a hot plate.

Over the next couple of years, we toyed with the idea of converting to gas in our kitchen, an upgrade that was complicated by the fact that the house is built on a slab. So we began looking at other houses—taking the idea “if you can’t stand the heat, get out of the kitchen” way over the top. We browsed Zillow and toured open houses, and ultimately faced the truth that every house had issues to be reconciled. Despite the kitchen, ours wasn’t so bad. Moving would have been a huge stressor to our young marriage, but especially to our pets, who enjoyed the safety and freedom afforded by our fenced-in backyard with friendly neighbors and limited traffic. Staying was the right decision.

Then, on my birthday last summer, Les surprised me with some plans. We had learned that a gas line from the existing furnace could be run through a section of the attic and down the wall into the kitchen. It was a tad expensive, we would need to hire a plumber and it would mean a small drywall repair on the wall above the cabinets behind the range. But Les made it clear that this was going to happen. He had researched various gas ranges, and it was time for us to choose the perfect stove for our home.

Hot diggity, I was gonna be cooking with gas!

I wanted to tell my grandmother, but her health had suffered in her advanced age, and reaching her at her assisted living facility was not always as simple as picking up the phone. Unfortunately, before I had a chance to share my news, I got the call from my mother—“Grandma passed away today.”

Two days later, my new gas range was delivered, and it would only be another week before I’d employ all four burners, plus the oven and the wide cast-iron “griddle-in-the-middle” to cook up a huge spread of food for Les’s family members, who came from as far as Israel to celebrate his milestone birthday. Our home would be filled with joy and laughter and all the smells of amazing food cooked on a gas range, just as I’d learned so many years ago from my loving mentor. Indeed, a terrific celebration it would turn out to be.

But in this moment, quiet at last after the ruckus of delivery and setup, all I wanted was a cup of tea. I set my red tea kettle on the back burner and lit the flame beneath it. Then I reached for my small black recipe box and, through hot tears that finally came, I sat down and thumbed through the index cards in search of the ones scrawled with Gram’s own handwriting—molasses cookies, melting moments, peanut butter cookies (“real crisp,” she wrote), basic bread pudding. Only four cards, I thought? Surely I have more of her recipes? Of course, they’re in my heart. More tears. And then, the sharp whistle of the kettle that stopped all at once when I turned off the burner.

Gram, can you read this without your glasses? I miss you very much, but don’t you worry—I’m cooking with gas, and I intend to keep it this way.