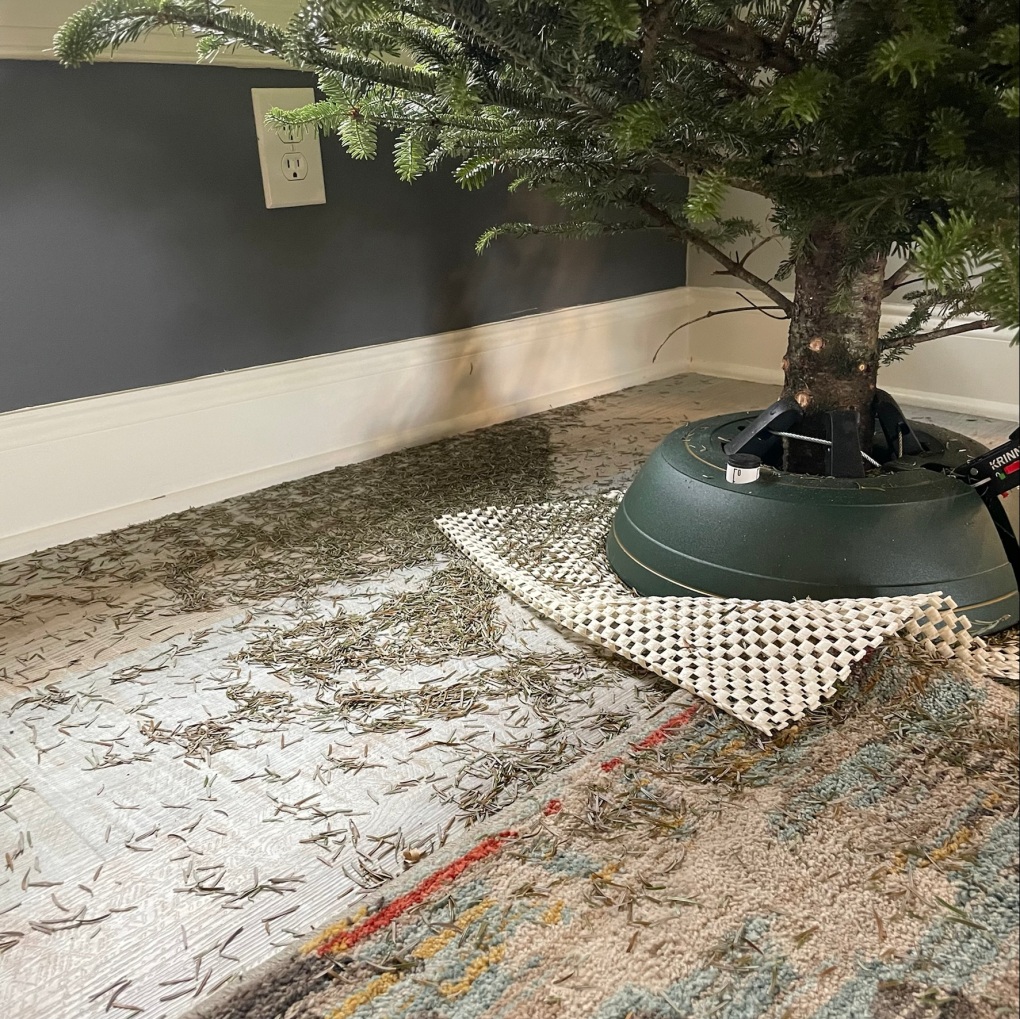 In my radio days, I had a co-worker who proclaimed that every month had a color. March was green, July was red, October was orange and January was (as if we couldn’t guess) gray. It couldn’t be truer, right? The twinkly lights are all packed away, the parties are over (or in the case of the past two years, they never even got started), the festive music is no longer playing 24/7 on the iHeartRadio station and it’s back to work as usual. One of my least favorite things about the holiday season ending is taking down the Christmas tree. This year, our tree made it clear that it, too, was “over it,” and it did so by drying up and dropping all its needles into the corner of our living room. Dry and gray.

The month is already off to such a gloomy start that I have procrastinated more than usual on writing up something for Comfort du Jour, though I have been busy in the kitchen. I have made soup and baked bread and used up leftovers. Most of our meals have been from the archives, so there isn’t much new to share. More gray.

As if the month of January is not already dismal enough, I made a reluctant decision to participate in the no-alcohol-for-a-month event known as Dry January. The concept has plenty of appeal, with the lure of better sleep, reduced inflammation, higher productivity, likely weight loss and improved overall health. All of those things sound great, but in January? What in the world was I thinking?

Could it have been the complete absence of having anything to wear when we rang in the new year last week? It’s true that none of the cute things in my closet even come close to fitting me because of the weight I’ve gained in the past two years. Leave it to me to choose an international lockdown as the time to both begin a food blog and go through menopause. So, yeah, that was part of it. And it didn’t help that in the middle of December, I got reckless and went shopping for a new bra (because none of those fit me anymore either) and found myself stunned and disgusted by the semi-naked figure gawking back at me from the full-length mirror in the try-on room. I knew the calories from all of my food and drink experiments would add up, but when did Mrs. Doubtfire’s costume team take over my body?

I would say that this Dry January commitment was a spontaneous opt-in, a last-minute positive peer pressure kind of thing, but that wouldn’t be true. I have considered it in previous recent years; I have friends who have done it and found it cleansing and rejuvenating after an indulgent holiday season—but I always made excuses about doing it myself, from a desire to use up the lingering champagne from New Year’s or to keep mid-month brunch plans with a girlfriend or just to give myself a distraction from the boredom and low-grade depression that always hits me after Christmas. I even considered it last year, for about five seconds, but no way was I going sober for a month under the grim circumstances of COVID without vaccines. This afternoon, when we reach the one-year anniversary of the insurrection, I will probably be rethinking this whole thing again. Would Democracy be safer if I have a cocktail in my hand?

But this year, my decision was intentional, and though I am reluctant, I am curious to see what I may learn about myself this time. A good number of years ago, I entered a voluntary period of total sobriety for about eight weeks—long enough to drop 16 pounds without even trying, and long enough to find the courage to confront inexcusable abuse from my childhood. I was only 27 then, and it was an important emotional exercise for me at that time. Perhaps I am overdue for a personal revelation, or maybe I am finally finding the maturity to realize that my body needs a break from all this “moderation.”

Either way, I won’t be doing it alone. It is estimated that 1 in 7 people participate in Dry January, and when I casually mentioned it last week to my supportive husband, he instantly said, “Yeah, I’ll do that with you, Babe.” Thank goodness only one of us overthinks everything.